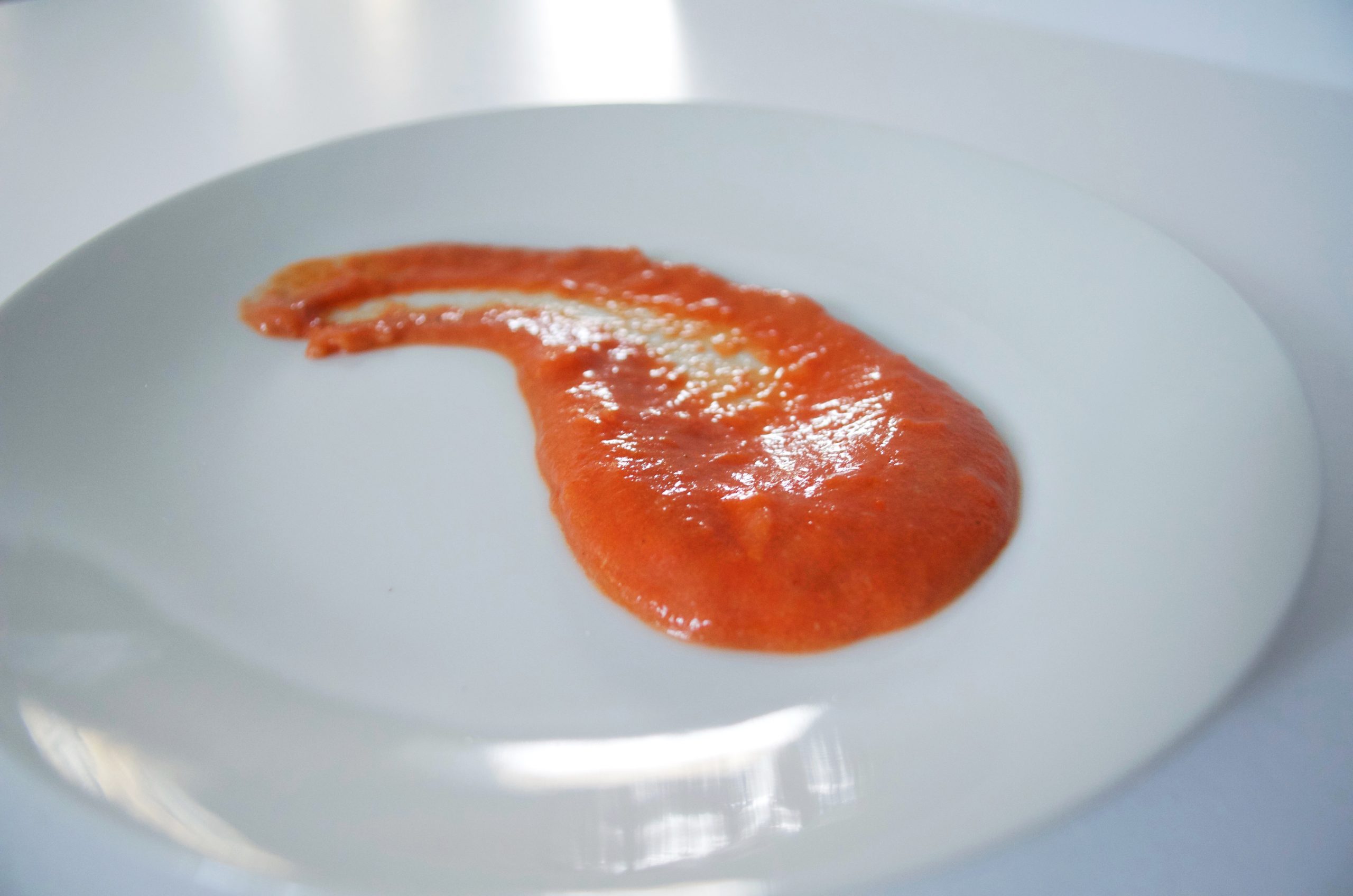 I?m a little obsessed with rich, creamy tomato sauces. That?s rather tricky when you?re trying to avoid cooking with butter, milk, or cream. What?s a pasta lover to do?

I decided to take a stab at it when I was reminiscing about a recipe involving a baked risotto square sitting in a tomato ros? sauce with a balsamic glaze (and a recipe for a vegan version of this will follow soon). It was just one of those recipes that sticks with you, you know?

Hunger is a great motivator. Some of my best recipes happen when I?m desperately hungry.

So here?s the deal. This sauce is a combination of coconut cream, unflavoured almond milk, and strained tomatoes, along with some other bits. This means that yes, it?s a sweeter sauce, and yes, there is a faint coconut flavour. I found it really pleasant, personally, but it would definitely require some forethought to decide what to serve it on.

I?ve had great luck eating it with risotto, on a spiralized zucchini, and on my sweet potato gnocchi. I really have to endorse it with the gnocchi ? because of the sweetness of the sweet potato, it married really well with the delicate coconut flavour in the sauce. 10/10, would eat again.

If you were inclined to try and mix up the recipe to make it less sweet, I?d think you could play with the proportions of coconut cream and almond milk to see what you could get. More almond milk would mean a longer time reducing, and perhaps adding some flour to thicken it up for more of a roux before adding the tomatoes. But I think it would be possible.

That said! Don?t overlook the power of the coconut cream. If you change up your understanding of what a cream sauce can be, you?re in for a whole new world of flavours. Coconut pasta could be a revelation.

A creamy, sweet sauce that is perfect for pasta, gnocchi, or other sweet-and-savoury dishes.

This makes enough sauce for about four servings, but it keeps really well in the fridge in a sealed jar if you’d like to save it for later.

It leaves a lot of room for experimentation — try adding chilli flakes if you want it spicier, or some lemon for a fresh flavour!