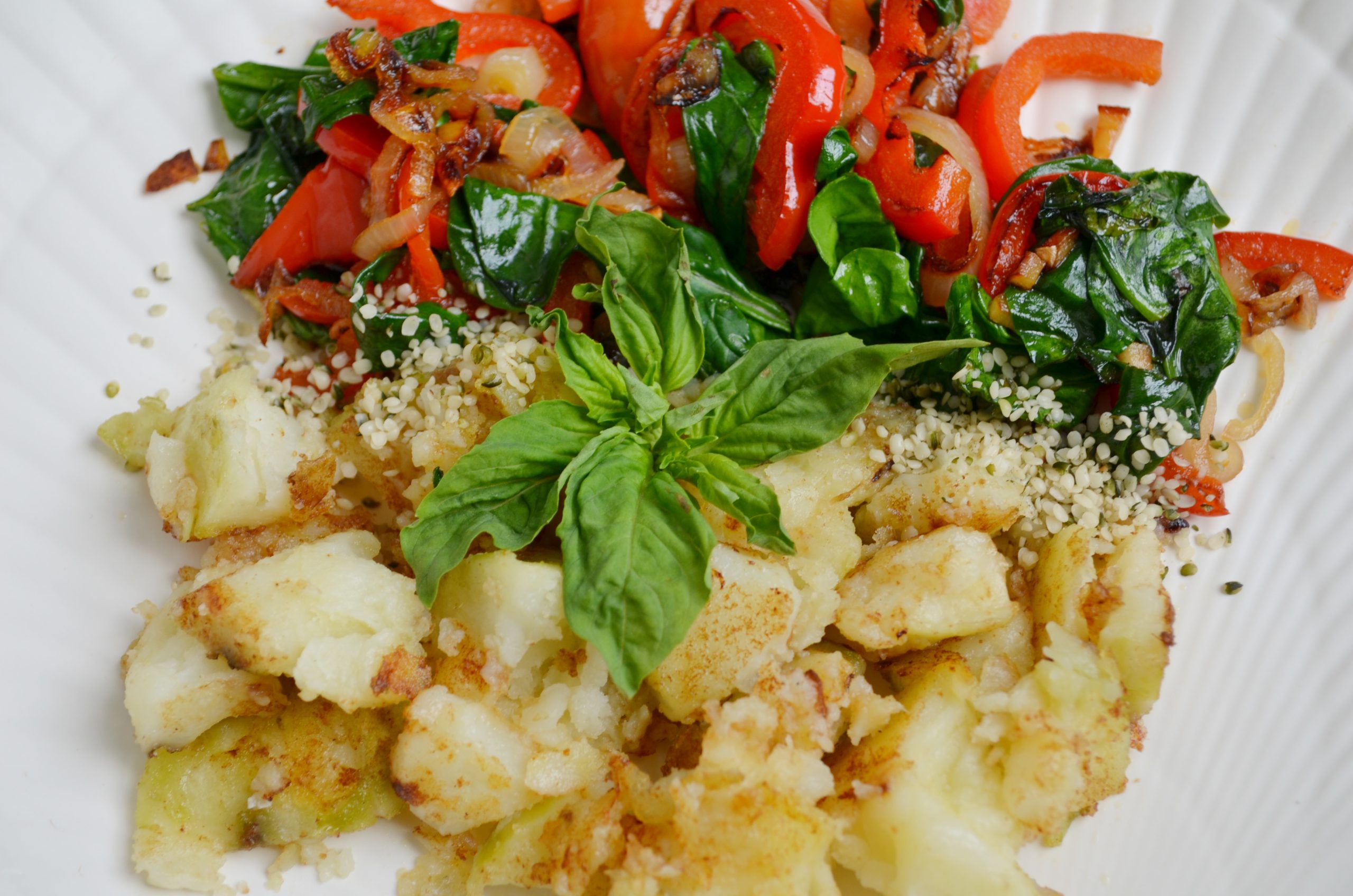 For a long time I dismissed potatoes as being in the same category as white bread or other starchy carbs. They were a “filler” food that I should probably avoid on a regular basis — save potatoes for special occasions.

I can’t really think of any potato-based special occasions, so luckily I changed my attitude about potatoes not so long ago. They’re a plant! Of course I should love them!

So, yes, they are starchy carbs. But they’re also a great source of vitamin C and vitamin B6, and are mostly made up of water (at least when raw!) and they deserve a place in a well balanced diet.

We now enter my next dilemma.

Potatoes are so, so good when they’re fried.

So I came up with this meal, which I eat on a semi-regular basis when I have a bag of potatoes to work through.

I label it as a breakfast or brunch dish because I think that’s what it most resembles. But I have yet to find a time on the clock when I’m not excited to eat this.

In this recipe I use one of my standard rotations of veggies to go with the potatoes: bell pepper, shallot, and spinach.

The key is really to find a nice blend of colours, and to make sure that everything is cut to a size that will cook properly and quickly.

You don’t have to feel limited by these options, though. Check what’s in your fridge and consider:

You can also add in some chickpeas. If I have a small leftover amount of beans sitting in the fridge from another recipe, I throw it in with some seasonings.

Instead of cooking the potatoes thoroughly in oil (unhealthy) or cooking them from raw in the pan (takes forever), I start the recipe by scrubbing a potato or two and popping them in the microwave.

This way, I know they’re cooked, and the rest of the veggies are usually done right around the same time as the microwave is finished (and if I’m being slow, well then the potatoes have had a chance to cool).

They then get put into the pan with all the veggie flavours, a little extra olive oil, and some salt and pepper to crisp up and get some flavour. Mmmm! I think sea salt is the best choice because it adds a little crunch and its strong.

Finally, I drizzle the whole thing in balsamic glaze because it’s just so good, and this dish deserves it.