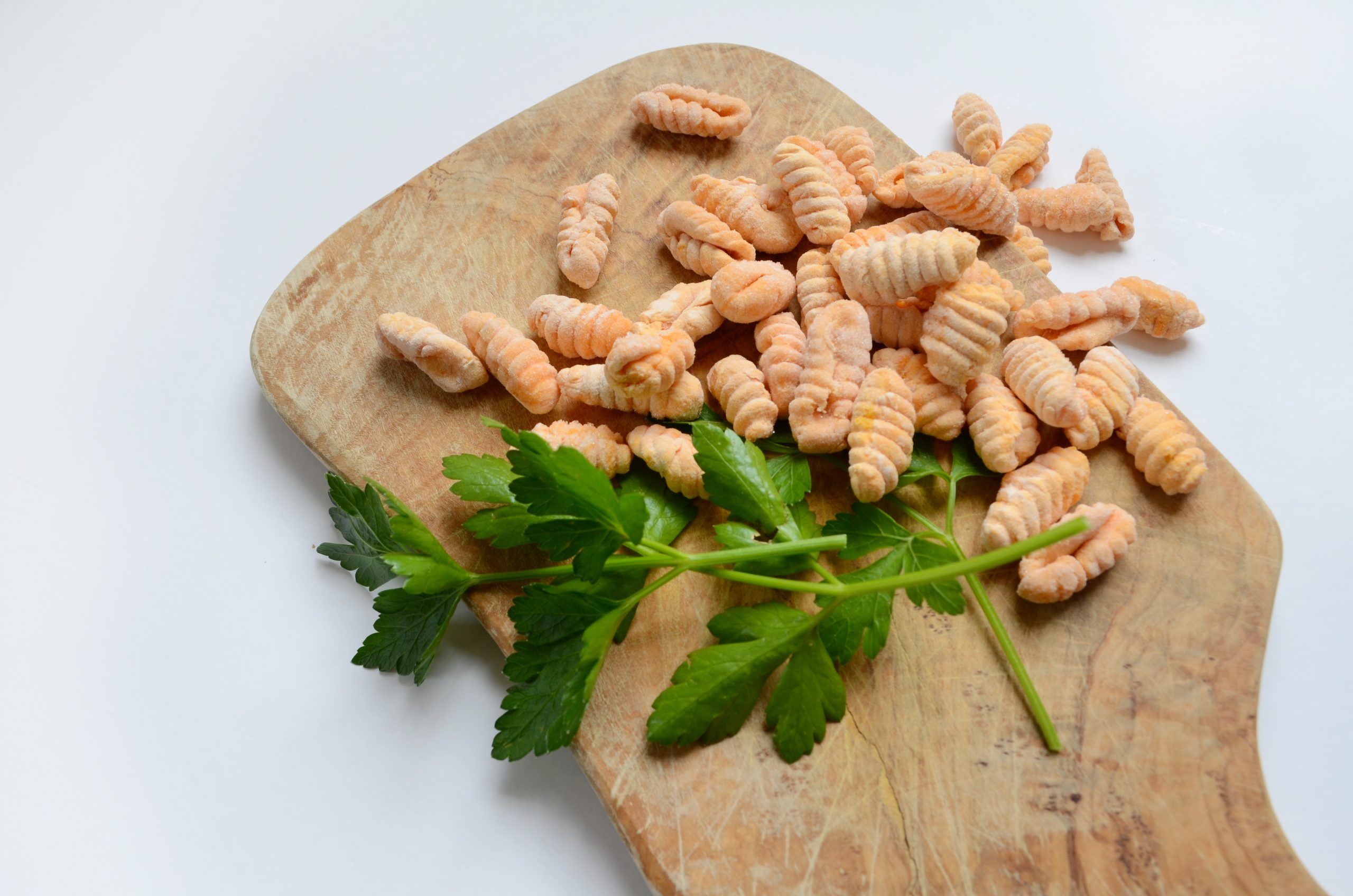 Gnocchi might be the perfect food for a lot of reasons. It has excellent texture and taste, can play nicely with almost any sauce, and it?s shockingly easy to make. Of course, like a lot of foods, there are different ways to complicate the gnocchi recipe to make different flavours and textures come through.

Most frequently the recipes I see call for potatoes, flour, and an egg to make the dough. I almost always prefer to use sweet potatoes for mine, as the flavour is fantastic and it adds in a huge boost of vitamin A and some extra potassium. I also exclude any eggs, for two reasons: I want my gnocchi to be vegan, and I find that the sweet potatoes, when cooked, are more moist than the standard potatoes, and so the dough comes together perfectly without the extra ingredient.

After preparing the dough and shaping the gnocchi, you can boil them and then store them in the fridge for a day or two before finishing cooking. Storing the unfinished dough tends to make it overly sticky and it can take some time and a lot of extra flour to reconstitute it afterwards. I?ll usually toss a little olive oil on the boiled gnocchi and put them in a covered glass container in the fridge.

You can finish off the gnocchi pretty much any way you want, as long as you give them a chance to crisp up in a frying pan with some oil first (only a tablespoon per serving is all you really need to get the job done).

1) Simple, with garlic. I?ll saut? a clove of garlic in with the gnocchi and olive oil, and finish the dish with salt and pepper. This really lets you taste the sweetness from the potato. As there?s no salt in the dough, you can control how much you add at this stage.

2) With pesto. After getting the sides of the gnocchi the right golden colour, saut? them in a couple spoonfuls of your favourite pesto. I like a traditional pesto with lots of basil and pine nuts, but also like walnut or almond pestos as well.

3) With tomato sauce. Any store bought sauce you like is fine, but I prefer something with a really strong tomato taste, since it goes so well with the sweetness of the potato. A sauce with tomato pasta as one of the first ingredients will usually have that more pronounced flavour. Alternatively, it?s really easy to make something at home, even if you just cook some garlic and onions and put a plain tomato sauce in, toss in some herbs and salt and pepper, and mix the cooked gnocchi in.

The key to finishing off the gnocchi is to either use a really good non-stick pan, or to constantly move them around in order to keep them from sticking. When they?re close to being done they will stop adhering to the pan quite as much.

If you don’t already have a gnocchi board, you can make the shapes with a fork. Nothing wrong with it – it just has fewer ridges this way, and the ridges are what make grips for the sauce. If you want to try one, here are some links to nice ones! These are affiliate links so I do get some commission from Amazon, but it doesn’t impact the cost to you. The Eppicotispai one is what I have, and its wonderful because you can also make pasta with it, but I found a cheaper one that looks quite nice as well. 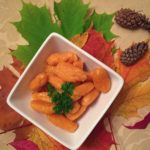 Sweet and savoury little parcels of potato, ready for any sauce you like.

You can use whole wheat flour instead of white if that appeals to you, but the flavour will be somewhat altered. This would be much less noticeable if you are using a strong flavoured sauce.